British businesses are planning a £1.7 billion investment boost over the next two years as Brexit uncertainty ends, Together’s new survey has revealed.

Plans to expand premises and employ more staff top the agenda for small and medium sized enterprises (SMEs), according to the results of the study we commissioned.

More than a quarter (27 per cent) of owners and senior executives at SMEs – the equivalent of 1.6 million businesses - plan to move premises as apprehension over the UK’s departure from the European Union ebbs away.

Meanwhile 23 per cent of companies who took part in the survey said they plan to expand their workforce in the next two years.

The survey results were published today after the EU withdrawal bill was voted through the Commons last week, with just The House of Lords left to navigate before the UK leaves the EU on January 31.

Andrew Charnley, our head of corporate relationships said: “Our survey has identified major commitments in the North and Midlands in particular where firms plan to spend more than a third of the cash.”

The maps below show the picture across the UK and how Brexit uncertainty has affected SMEs and the impact of the end of uncertainty on business optimism. 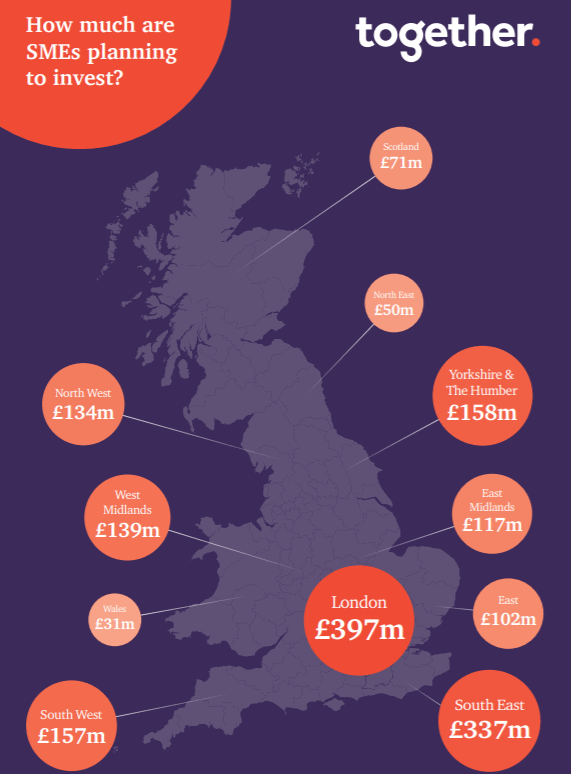 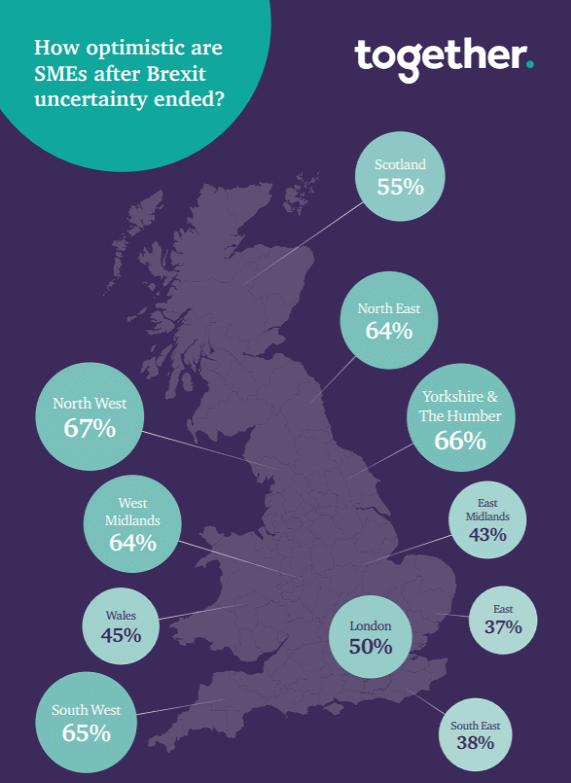 Articles on our website are designed to be useful for our customers, and potential customers. A variety of different topics are covered, touching on legal, taxation, financial, and practical issues. However, we offer no warranty or assurance that the content is accurate in all respects, and you should not therefore act in reliance on any of the information presented here. We would always recommend that you consult with qualified professionals with specific knowledge of your circumstances before proceeding (for example: a solicitor, surveyor or accountant, as the case may be).

Lending decisions are subject to an affordability/creditworthiness assessment.

Any property used as security, including your home, may be repossessed if you do not keep up repayments on your mortgage or any other debt secured on it.